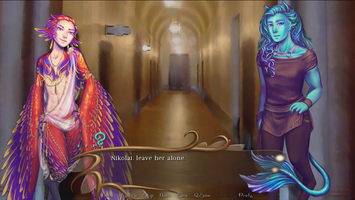 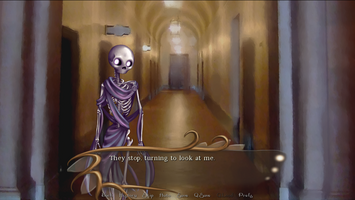 It's been nearly a month since we released the jam version of Monstrata Fracture! We've been hard at work cleaning up this version for the polish update, and we're looking forward to showing it to you! If you have questions about how the update is going, maybe this post can answer them for you.

When is the update?

I can't promise an exact date at this time, but we definitely plan for the update to occur sometime this month. I'll make another post as soon as we make the update!

What's going in the update?

Some things that you'll see in the updated version will be:

Not yet. While we do have about 20k+ words waiting to be put into the game, implementing it will take a lot more time.  Right now, we're just focusing on getting the current version polished up! Rest assured that the rest of the script will be implemented, just not in this update.

Will the updated versions also be free?

Yes. The impending polish update and content update will both be free. We have hopes of making an even longer version with more plot and more romance routes, which would be paid DLC, but the base game will continue to be free.

Is there other planned DLC?

Where can I find out more?

Feel free to drop in our Discord server and chat with us any time! Alternatively, you can find us on Facebook, Twitter, and Tumblr!

Thanks for all your support!

Don't date monsters. Your mother would be disappointed.